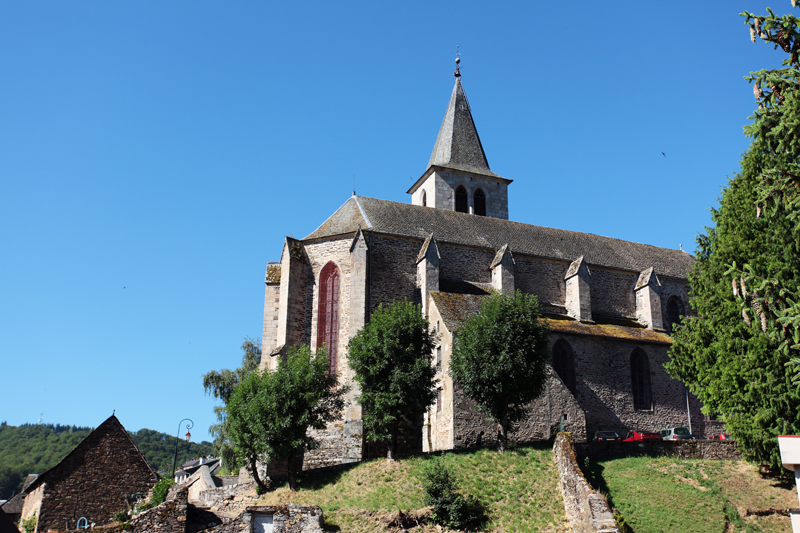 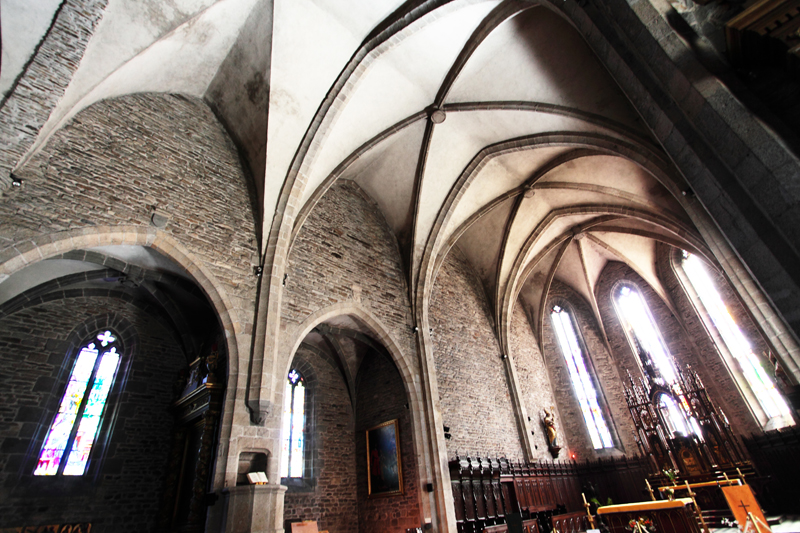 Called originally Church Saint Martin, the parochial church took, in the XVIIIth century, St Martin's name - St Blaise, so associating with the cult of saint Martin that of saint Blaise, boss of former priests' community of Chaudes-Aigues.
At first simple vessel topped with a modest to limp and surrounded with a cemetery, she(it) was in the XIVth, decorated with two chapels in the first span, the one to the right, the dedicated to Notre-Dame and to saint Blaise, the other one to the left, the based by Guillaume de Montvallat. In the next century, in the second span two other chapels are built, to the right, the chapel Saint Peter, to the left, the Holy chapel Anne.
In the XVIth century, the choir is decorated with wooden stalls sculptured with on the file(case) the blazon of the Chapter (classified historic monuments). They were intended for the canons and for the choriers.
In the XVIIIth century, the church which suffered a lot since its construction is restored.
In the XIXth century, the bell tower deposed during the Revolution is redone, we build 41 stony steps which lead to the church, we place in the choir a high altar in oak, work of the local sculptor Rock.
In 1974, vaults, walls, arches are restored. The apse in semicircle (French National Assembly) keeps its valuable furniture: woodwork, stony lectern of time(period) Louis XVI in the eagle in the spread wings, the previously evoked stalls.
To admire the stone font worked by the XVIIth, the granite pulpit, Piéta, the chapel of Montavallat which shelters the baptismal funds, the Way of the Cross (long, hard way) in enamelled lava …
Outside, on " Planol ", a metallic cross supported by two angels.

Languages of the visit

All year round, daily between 8 AM and 7 PM.