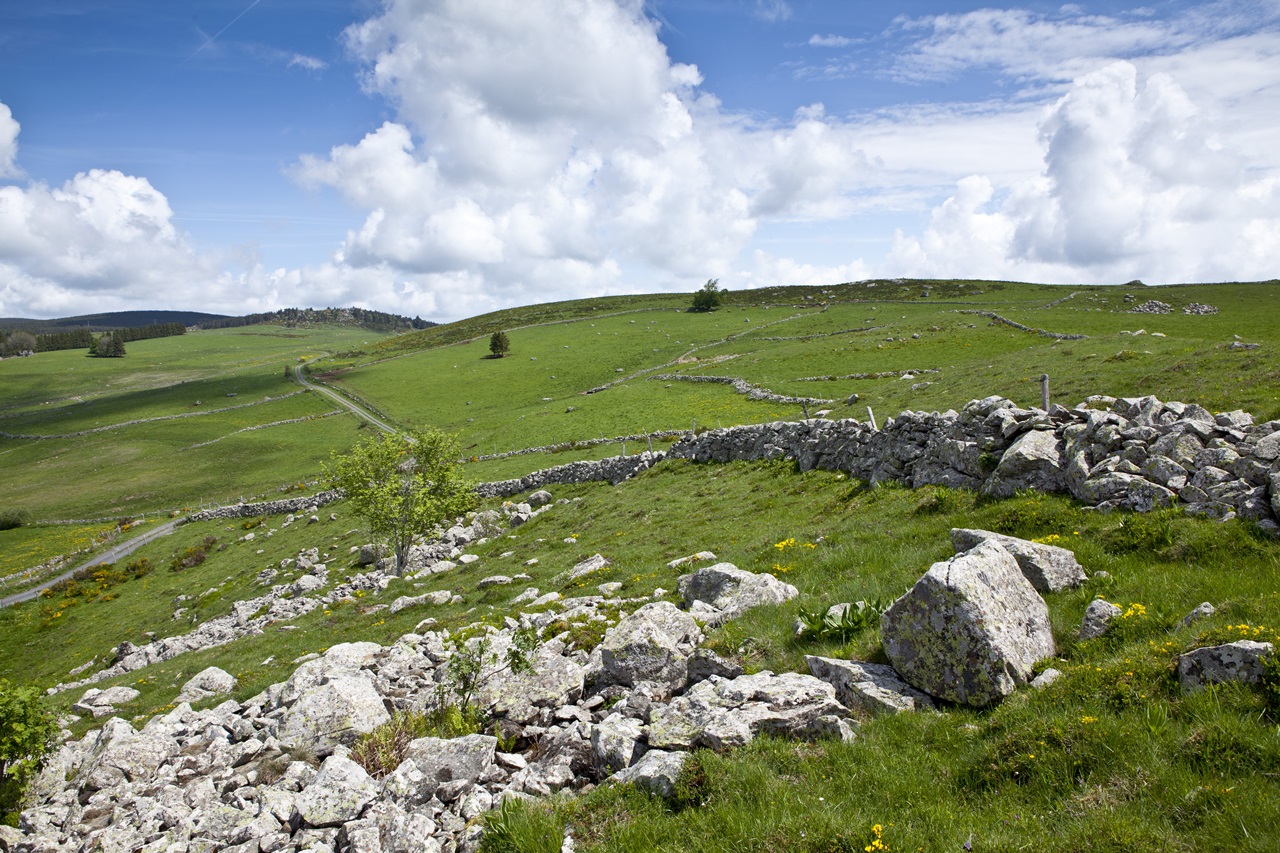 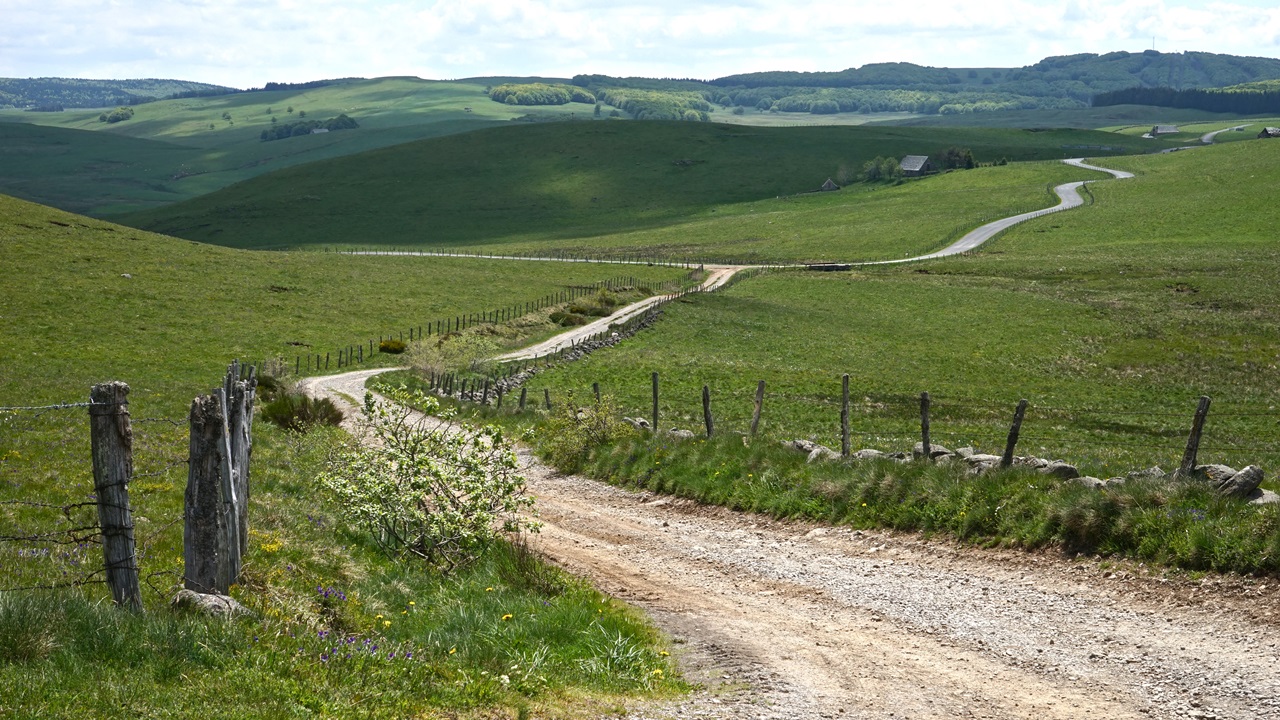 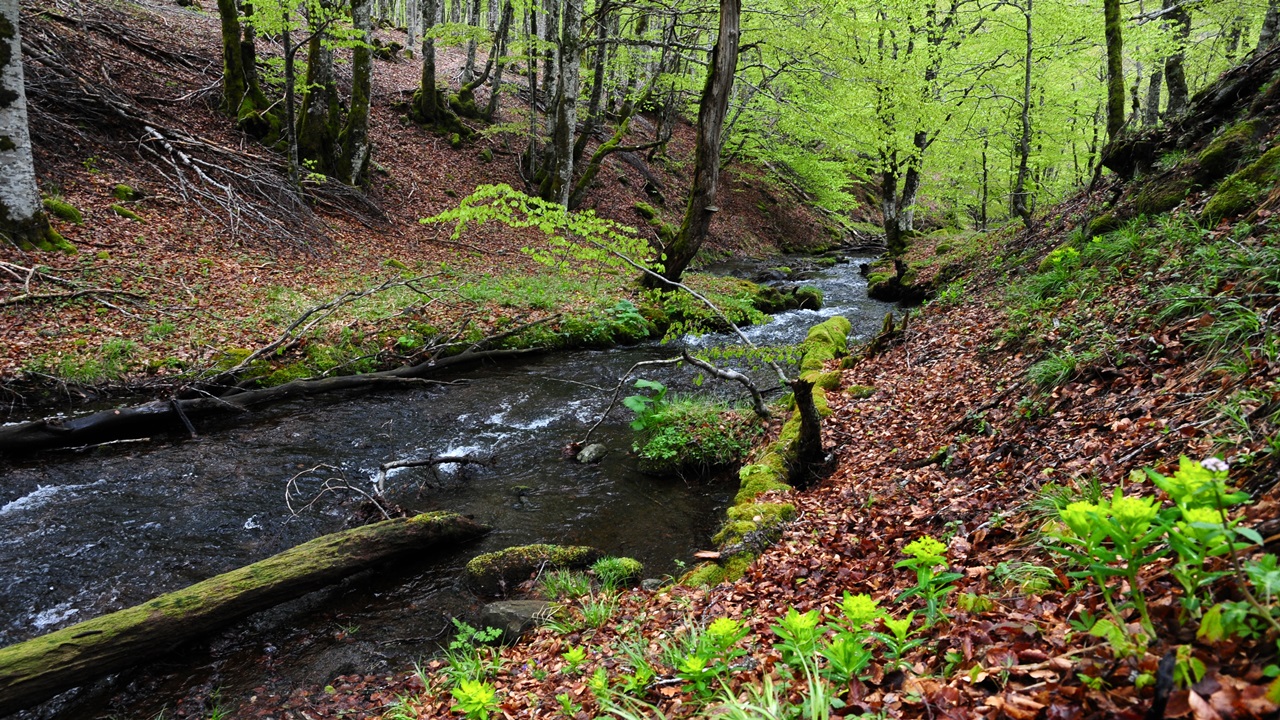 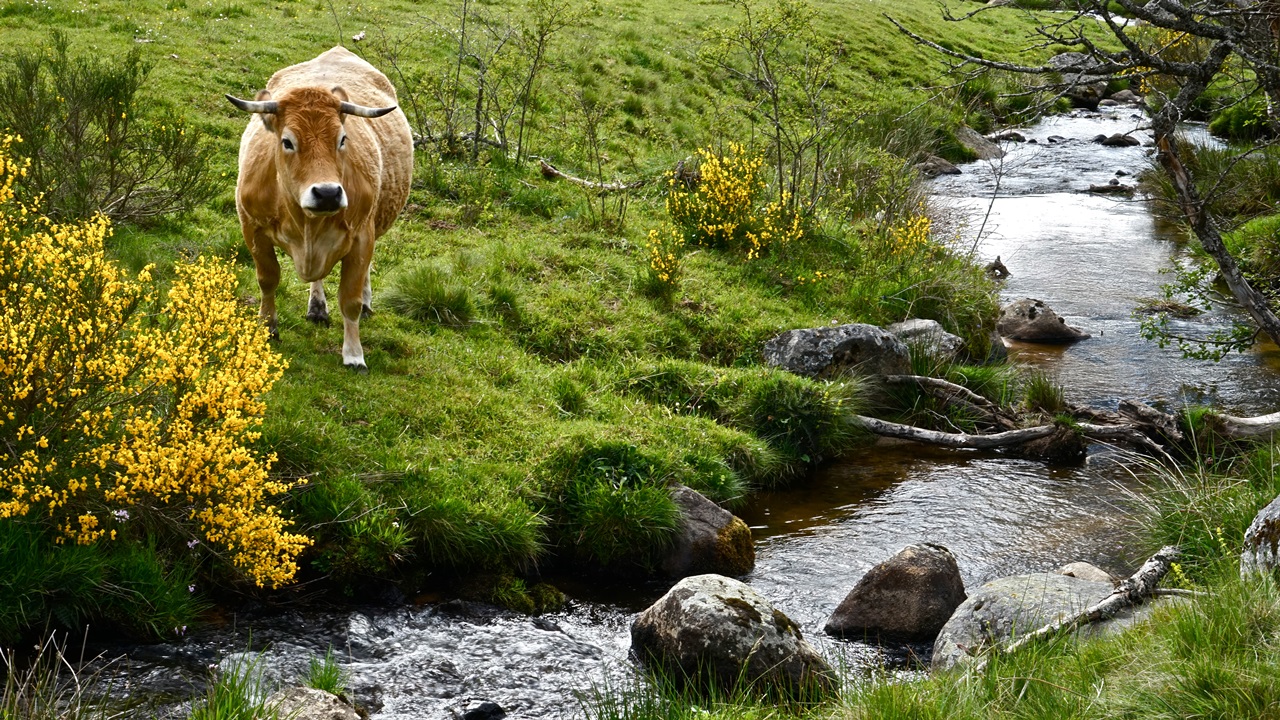 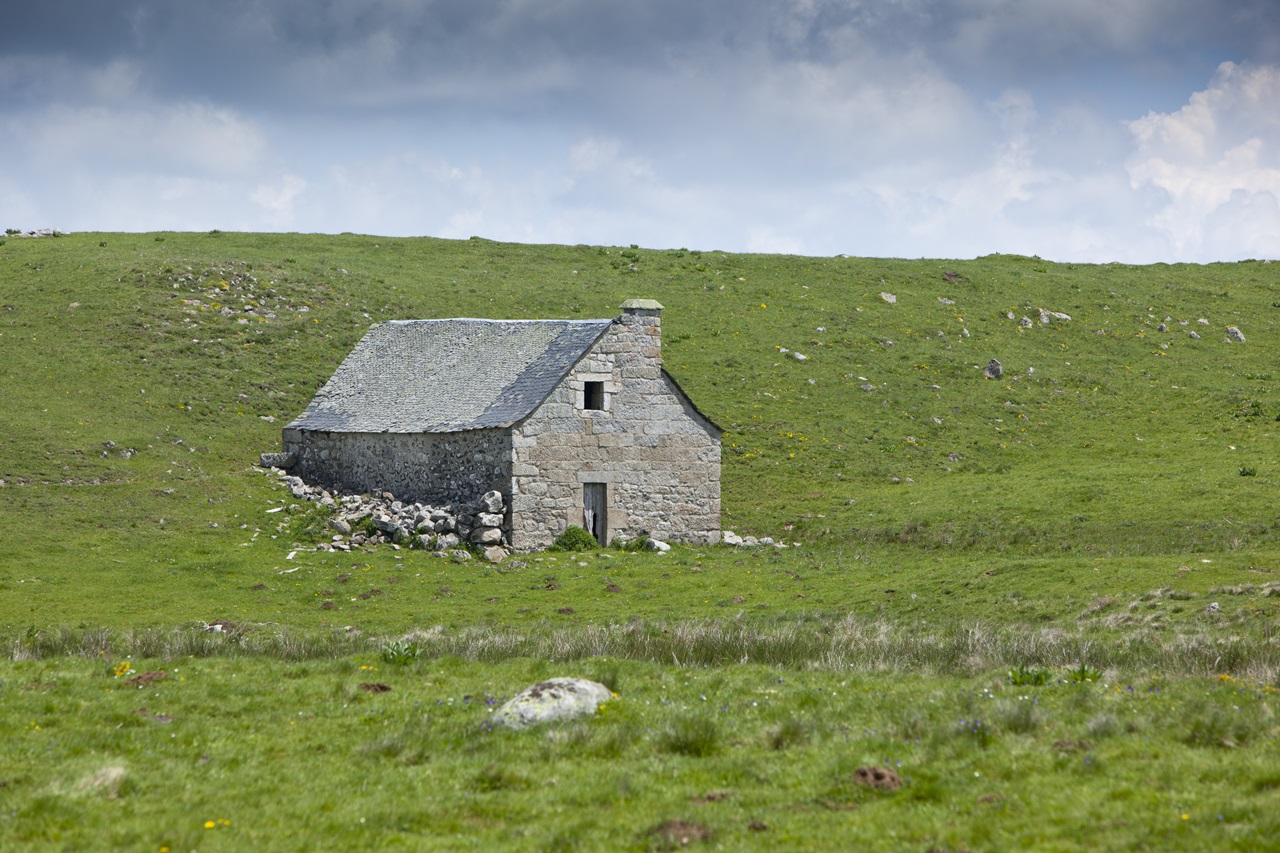 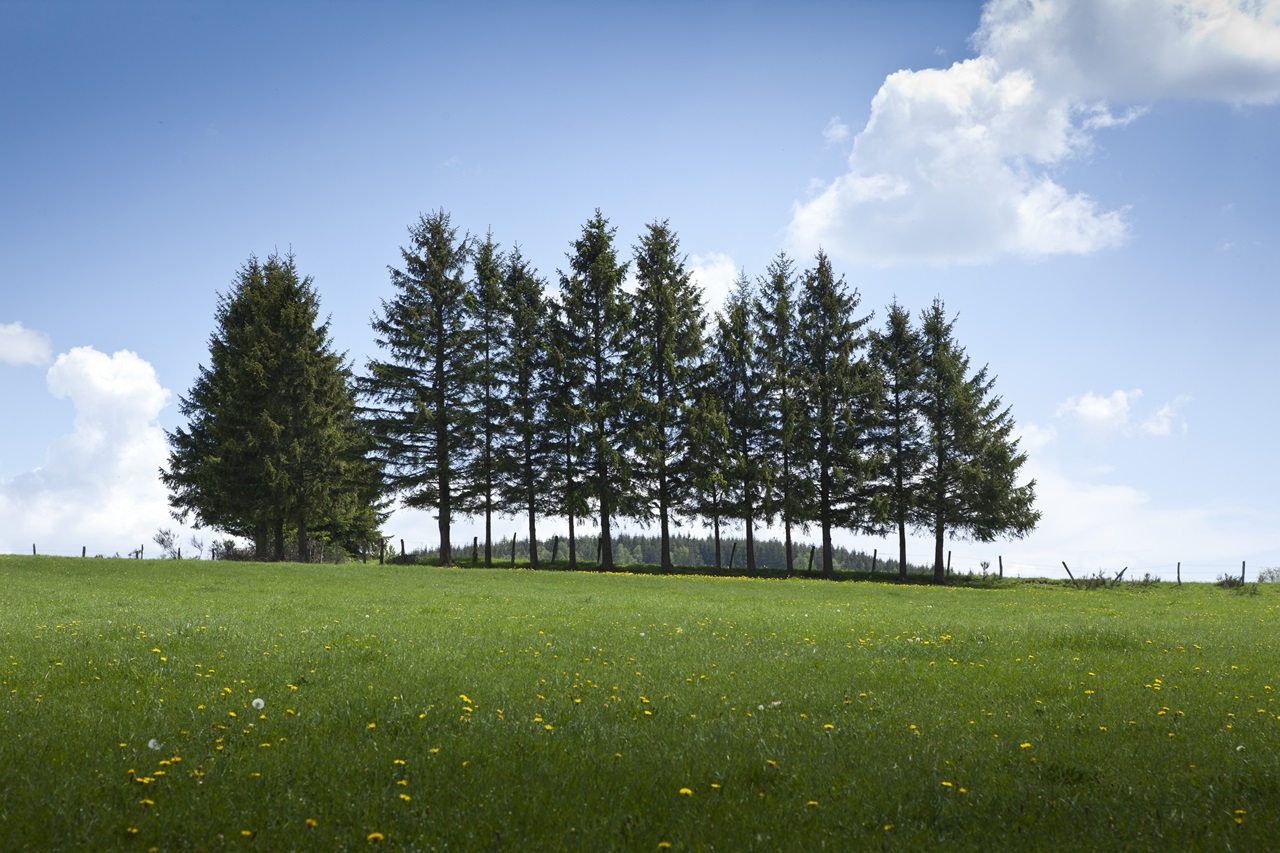 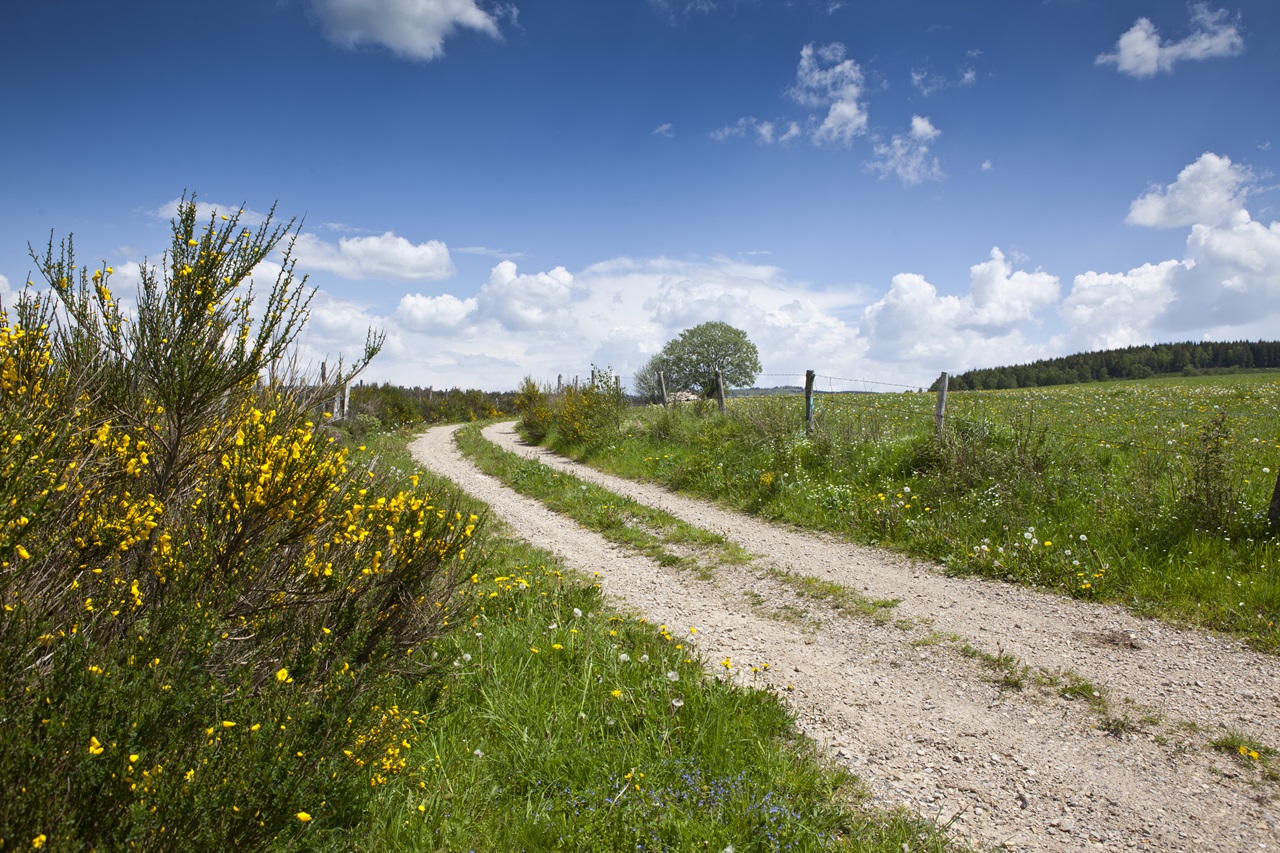 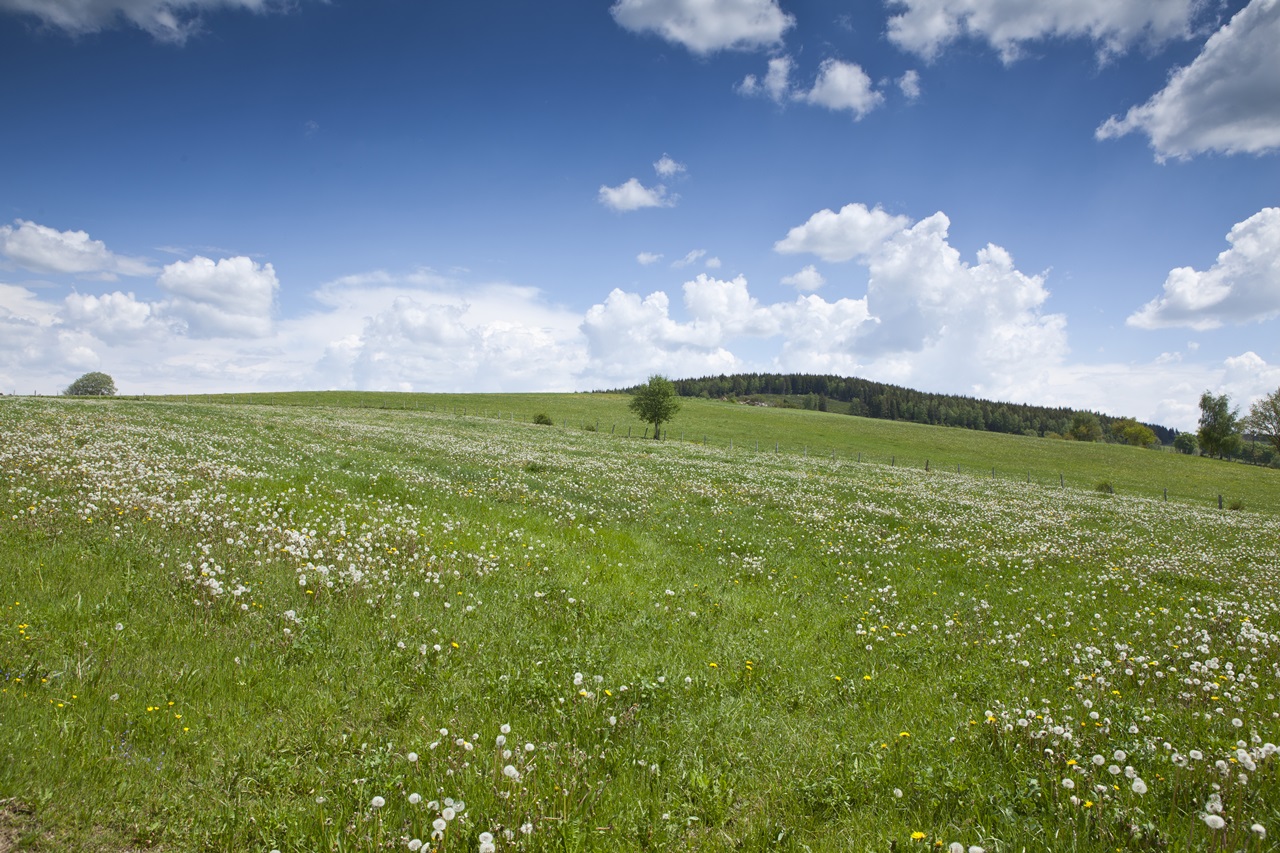 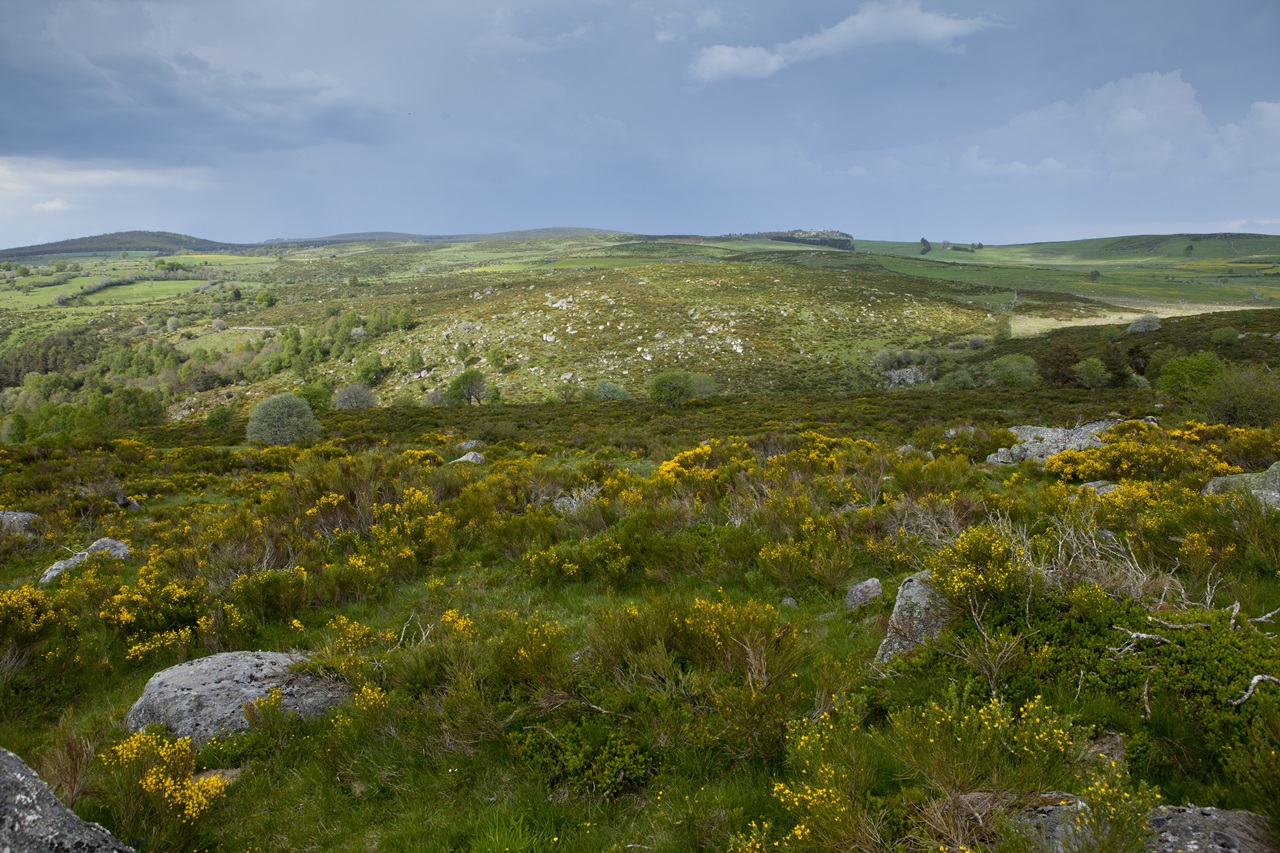 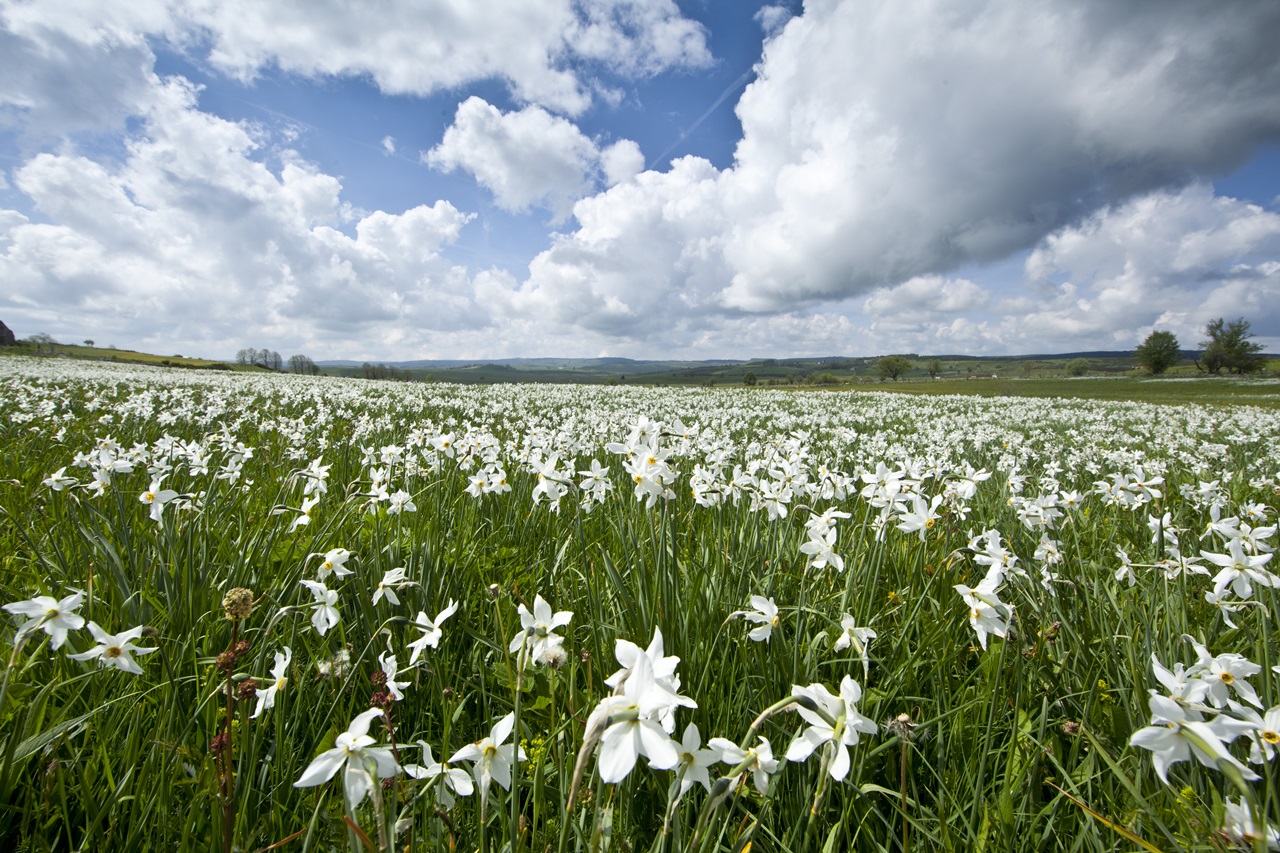 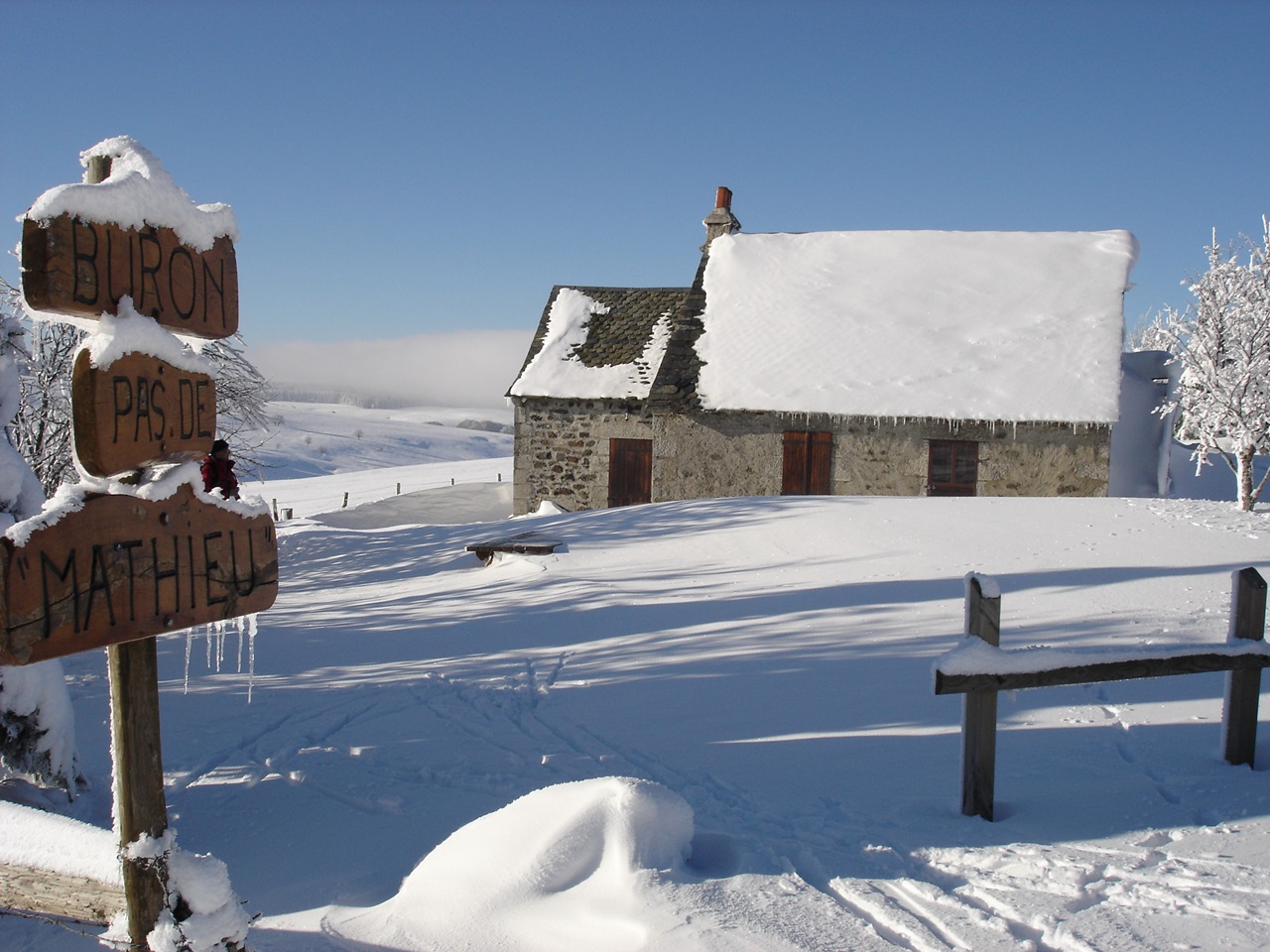 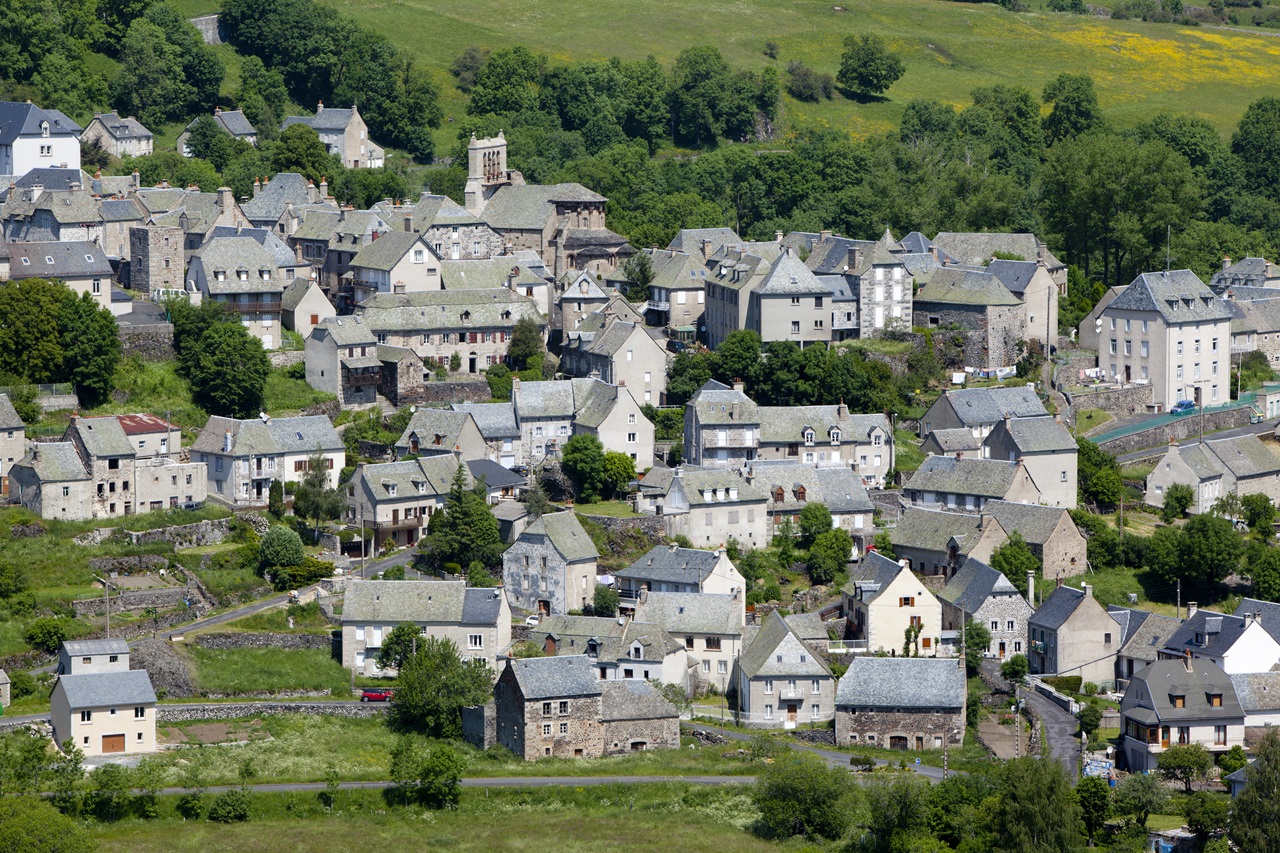 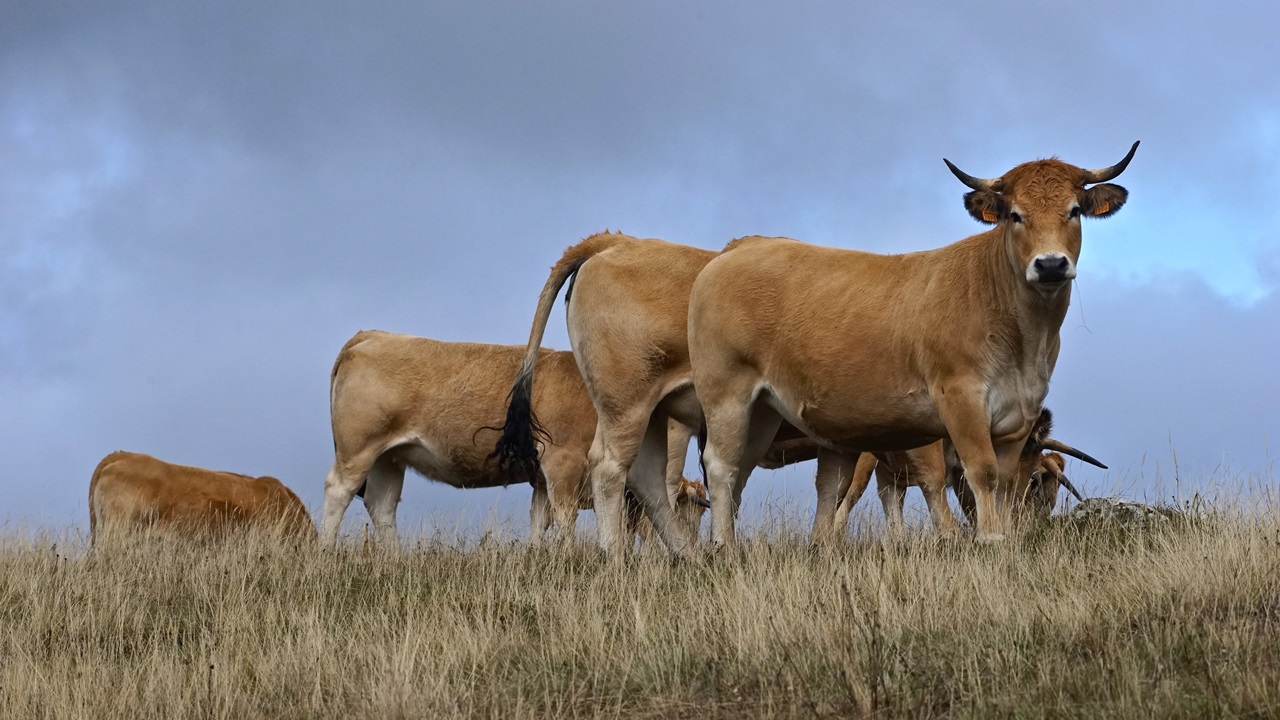 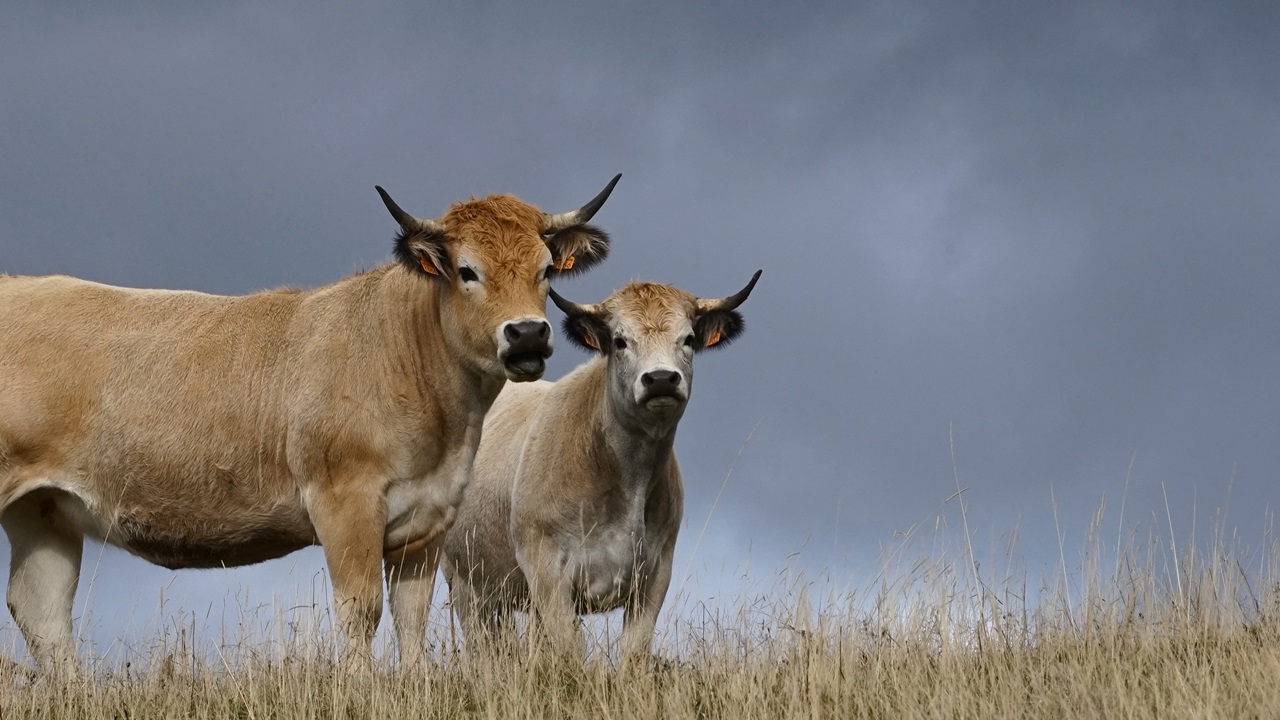 Magic landscapes, changeable light at any time ... An atmosphere and
Unique feelings! Forests, pastures and burons, typical shelters of
Shepherds, are divided the space on the tray of Aubrac. Of a height
average of 1000 meters, this site appreciates summer and winter alike.

Since Chaudes-Aigues and his hot waters in 82°C, borrow the road of
Laguiole. Just a step from the village, you can admire the Castle of Couffour
Sheltering the restaurant of the famous leader double studed Serge Vieira. The famous guide is worth seeing as would say!

Take then the direction of Deux-Verges, the name of which comes from the meeting
Of two brooks. You are from now on on a site "Space out Sensitive Nature" Of Cantal: the Volcanic hill of the Tile. The landscape is exceptional (table
Of orientation). This site shelters an important biodiversity of which a peat bog with
A named rare plant "lycopode". Not to miss, the bell tower with comb of
The church of the village which shelters one of the most former bells of the canton.

Direction Saint Rémy de Chaudes-Aigues at the moment. The landscape opens, the plateau begins to offer his area. Since Saint Rémy de Chaudes-Aigues, in particular in front of the Romanesque church in the bell tower with comb in four arches, admire meadows crossed by the sinuous river of Bès, paradise of the fishermen. By continuing your road, a passage by the Rock of the Virgin in Roche-Canilhac will offer you another surprising panorama.

The next stage of this périble leads you to Saint-Urcize, village raised on a basaltic rock dominating the valleys of the Miserable wretch and the Bès. The old houses, the narrow alleys, the places decorated with fountains, the vestiges of fortifications and the ruins of the former fort give to the city a medieval character and give evidence of its very former origin. The magnificent Romanic church Saint-Peter/Saint Michel du XIIème century, one of the most beautiful of Haute-Auvergne, invites you in the pondering: limp in comb and bell of 1583 (one of the most former of France), ambulatory bent in quarter circle, frescoes of time, incredible stained-glass windows, chalice ... An inescapable building. To note the very beautiful panorama on the tray of Aubrac (we see three departments there!) and on the village since the Rock of the Virgin.

After a coffee decorated with Fred's crunchy anecdotes, boss emblêmatique of the restaurant to Discount, let us take the direction of Trinitat. It is
In this a little isolated village and in the singular church that was sounded, as it is said, the first angelus near 1350.

The last step is the village of Jabrun, which, contrary to what one might think, is a famous village. It was first a high place of the Resistance during the Second World War. In another book, a few years ago, the director Jean-Pierre Marchand shot the film «La Dictée» at the village school premises. Not far from this is the Romanesque-style church, which deserves attention...

The time of return to Chaudes-Aigues is near and on the road in clear weather, you can see, not so far away, the Cantal Mountains, synonymous with a next ride... 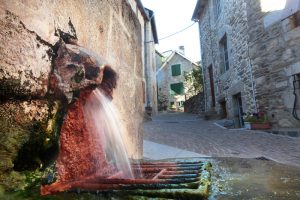 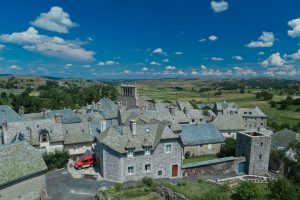 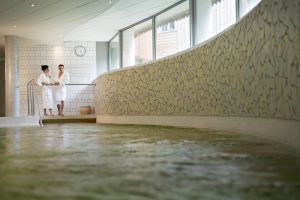 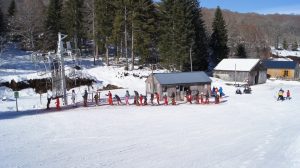